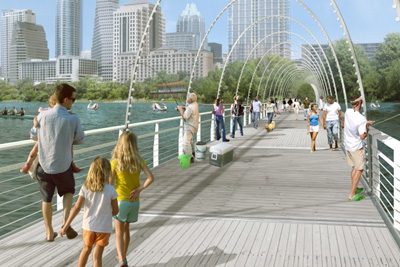 This is a fantastic run mainly along the water, taking in some of  Singapore’s major arts and cultural sites and unique architecture. We have designed two runs along Marina Bay, nearly all of it on dedicated paths. The short run is 3.4 miles, which does a loop around the main Marina Bay.  One can start anywhere, but a central point is the Coleman Bridge. Head east along the Singapore River. Sites along the route, in order along the run, include: the elegant Fullerton Hotel; Arts House Performing Arts Center;Victoria Theater; Parliament House; Asian Civilization Museum; the futuristic Esplanade – Theaters Along the Bay; The Float, the world’s largest floating stadium and Stage; the Helix Bridge, modeled on DNA structure; the flower-shaped Arts Science Museum; several spectacular waterfront restaurants along the western side of the museum; and Merlion, the iconic conic, 8.5m-tall statue with the body of a fish & head of a lion, shooting water from its mouth.

The “long run” is 7.2 miles,, which we recommend be done counterclockwise. adding the larger section along the Bay. Start at Marina Blvd. and Raffles Quay, and head toward the Art Science Museum. The path then skirts the Gardens by the Bay, to the Marina Barrage (a dam in Singapore built at the confluence of five rivers). Then run along Marina East, enjoying the paths by the golf course,  up to Singapore’s sports complex including the National Stadium, Aquatic Center, the Singapore Sports Hub, the Singapore Indoor Stadium, and the Kallang Theater. The final section comes back along the western edge of the Marina, heading past the Singapore Flyer observation wheel, along the water’s banks.
Add-on options include East Coast park, accessible from the paths along the eastern part of the marina, and the paths in the Gardens by the Bay.
[/vc_column_text][/vc_column][vc_column width=”1/3″][vc_column_text] [/vc_column_text][/vc_column][/vc_row][vc_row][vc_column][/vc_column][/vc_row]
Share:
Essentials