No Thanks
Albuquerque, NM 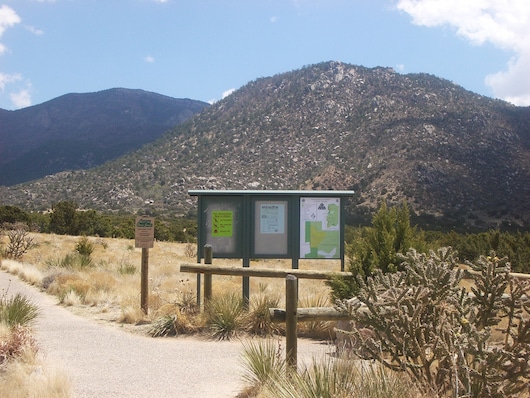 There are wonderful opportunities to run and explore some of the foothills and mountains just east of Albuquerque. The Sandia Foothills Open Space offers miles of terrain — some accessible to the average runner, and some for more experienced trail runners. A few suggestions:

Tramway Trail. Dedicated, paved bike path just above Tramway Blvd. is fairly flat and offers great mountain views. It runs for about 4 miles one-way between Montgomery Blvd. Northeast, south to Cooper Ave., just short of I40. From north to south it is generally downhill. More uphill south to north.

Trail 365. This is one of the better known of the series of trails that skirt and climb the Sandia mountains. The entire trail is about 7 miles one-way, though there are some side loop options and numerous access points that allow for variations. Over 7 miles the ascent is 961 feet but if you look at the hill profile there are some flatter sections. It’s also fairly easy to jump down to the bike path along Tramway Blvd. to shorten the route or complete the loop. The trail is plenty wide, and can be softer sand in parts. There are numerous other trails that Trail 365 runs into, such as the 401.

The signature place to run in the center of Albuquerque. 16+ mile paved path with 5 mile... more...