No Thanks
Massachusetts: Foliage Routes 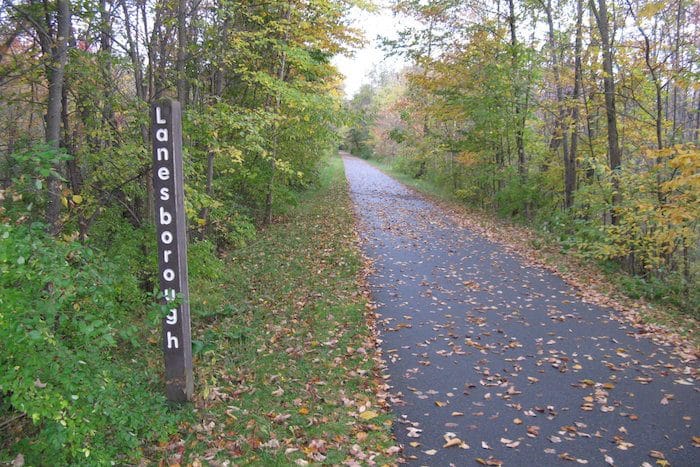 The Native peoples of the Berkshires named the South Branch of the Hoosic River Ashuwillticook, which translates roughly to “the pleasant river between the hills.” And this Rail Trail, which spans the 11.2 mile corridor between Lanesborough and Adams, is indisputably pleasant. The paved trail makes for a relatively flat route (rare in the Berkshires) traversing through views of the Hoosac Mountains, Hoosic River, Cheshire Reservoir, and the wetlands which wind between them. There are plenty of options for parking along the trail, though some have more amenities than others. In terms of views, the water vistas along the long Cheshire Reservoir, at the southern end of the trail, are hard to beat.

For a more specific route,  park at the Berkshire Mall in Lanesborough, and turn back once you reach Farnam’s Crossing for a ~10 mile out and back.