No Thanks
Aswan, Egypt 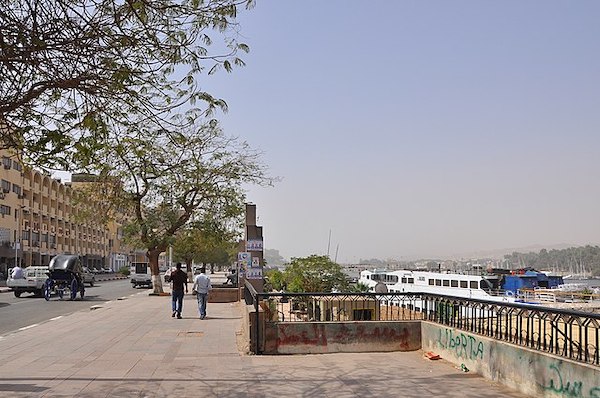 The Corniche is the signature run in Aswan and is one of the nicest runs one can do along the Nile River in Egypt. A dedicated path along the river runs alongside the Kornish Al Nile road for 3.7 km from Feryal Garden north to Engineers Club, next to the Marina. There are great views of the Nile, surrounding desert mountains, and some of the major Elephantine Island sites across the water. Around the mid-way point along the path is access to Aswan’s historical center and the Old Souks. An occasional frustration is that the views are sometimes blocked by large boarts parked along the corniche, but there are some efforts to relocate them.

One can also add another ~0.5 km around the paths of Feryal Garden.