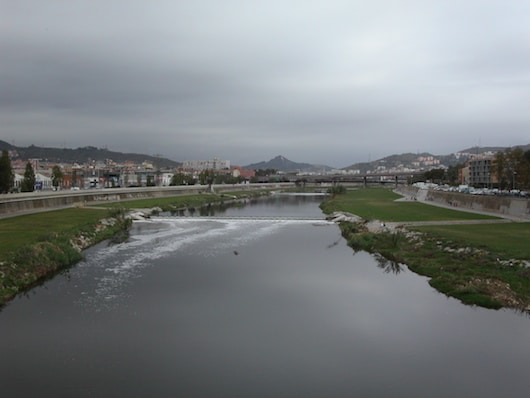 Running along the Besós River offers one of the best opportunities for a long, traffic free run near the heart of Barcelona. Starting at the waterfront only 1.5 km north of Parc del Fòrum, one can run along the Besós for nearly 10 km to Moncada y Reixach. The best running is generally on the north side. In many spots, there are options to run along a dedicated road-side path above the river, or right alongside the river on a dirt/grass path. Heading east, views of mountains in the distance. The area itself and the buildings are a bit industrial.

The path is well-signed, with indicators to landmarks and nearest transit stops. Some key distances below, for an out and back.

One can do a one-way and take public transport back. The metro runs just south of the river up to Baró de Viver, and then train lines alongside the C33.