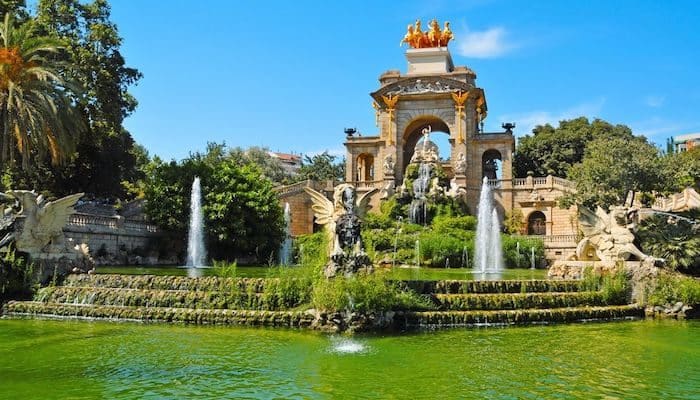 Ciutadella Park is a centrally located, easily accessible, green and quick space for a run. The 70-acre park is home to the Barcelona Zoo rounds include the city zoo Parliament of Catalonia, a small lake, museums, and a large fountain designed by Josep Fontserè. The trails are easy and very pretty, with some lovely vegetation. It is about 1 mile around the perimeter of the park.

We start the run nearby at the Olympic Port, run through the Parc de Carles I, then along the pretty trails of Ciutadella Park with its lovely vegetation, and out along the grand approach to the Arc de Triomf. The return is via a similar route.

Add-Ons: Parc dels Til·lers, just to the north, has another ~1 km of trails. Paths along the Villa Olimpia and the waterfront. Also, the linear park paths on the other side of Av. del Litoral from the waterfront paths.