No Thanks
Beirut, Lebanon 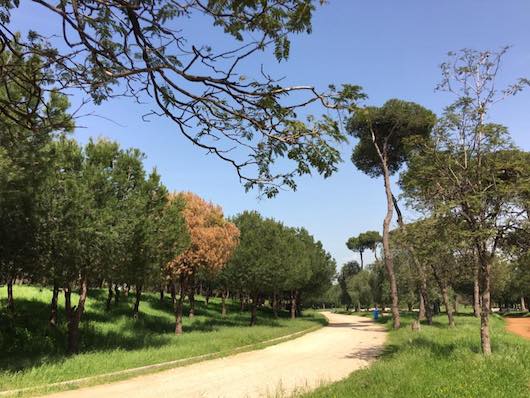 Horsh Beirut is a green oasis in central Beirut near the National Museum. Although relatively small, it’s one of the greener and more pleasant places to run in Beirut. A loop around the perimeter is about 2 km, with about 0.5 km of additional paths.

Runners should appreciate the history of this park and the fact that they are able to run there today. Once a large pine forest, it was whittled away over the years. It was severely bombed in the 1982 war with Israel, and was a Palestinian refugee camp for some time. It was restored and reopened to the general public in 2015.

Note that there might be some limits on opening hours.

The signature run in Beirut. The path along the Mediterranean coast from Ain al-Mreisse south to the... more...