No Thanks
Tucson, AZ 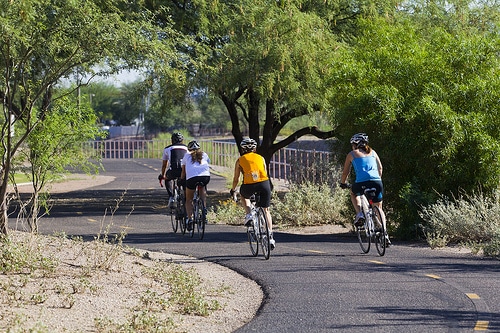 Tucson has a growing network of bike paths and bike lanes, which make for some good running downtown. In another post, we recommended the best running in the downtown area and around the University campus.

The Chuck Huckelberry Loop is a series of paved multi-use paths that form a 131-mile circuit around Tucson and the surrounding suburbs. It’s still a work in progress, but runners can hop on at several points close to downtown. Here are some of our favorites. Link to map below.

Santa Cruz River Park Shared Use Path. Just west of I-10 and easily accessible from downtown (Congress St.). Goes north-south, paralleling I-10. Also connects to “A Mountain”. In north, near the Rillito River Path. Goes on for many miles.