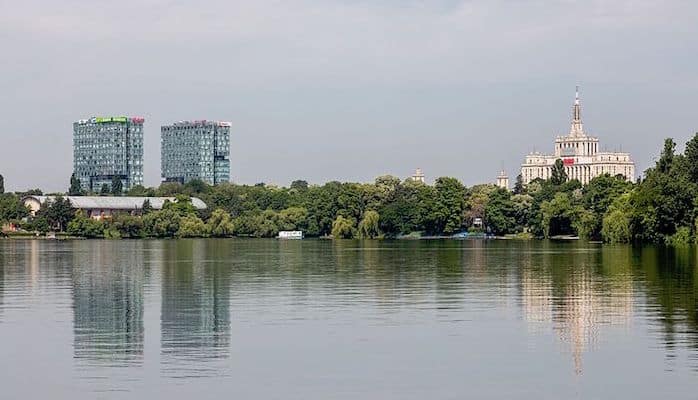 Probably the top running spot in Bucharest, Herăstrău Park is beloved by locals and visitors alike for its green grounds and lengthy paths surrounding Lake Herăstrău, which is fed by the Colentina River. There are plenty of options for running this 187 hectare park, so runners are free to piece together a DIY run. However, the most popular option is a loop around the lake itself, which clocks in at about 7 km beginning and ending at the Aviatorilor Metro station. Much of this route utilizes an asphalt path specifically for running (though cyclists and walkers frequent the path as well). Consider making a day of your trip — the park also includes restaurants, museums, boat tours, and other attractions. Th

Add-Ons: Numerous trails south of the lake and adjoining parks. Be sure to see the Arch of Triumph, fountains, Japanese Gardens, and King Mihai I Park.  Also there’s a sports complex with a running track.

One of the best options in Bucharest for a long, straightforward run is the stretch of sidewalk... more...