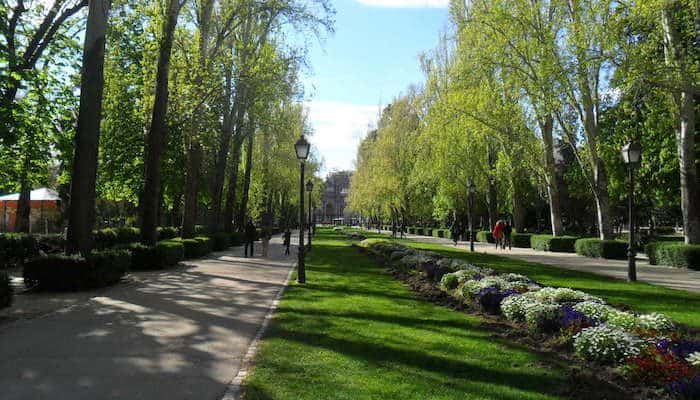 The Casa de Campo is one of the largest parks in the world, five times the size of New York City’s Central Park. Located just a few kilometers west of Madrid’s historic center, Casa de Campo offers a multitude of activities, including a zoo and an amusement park. It is also home to miles of paths that reach across its greenery. Our route begins at the Royal Palace and loops through a small section of the park. Another great route begins at the Batán Metro Station and loops on the Ctra. Zarzón past the amusement park and zoo. Depending on where you are staying and what entrance you are closest to, you can find your own route among the hundreds of paths. The topography includes gentle undulating hills and several valleys, presenting a maximum elevation gain of 360 ft. Bikers and runners share the paths and it can be busy on the weekends. To avoid crowds, start early.