No Thanks
Crystal River/Citrus County, FL 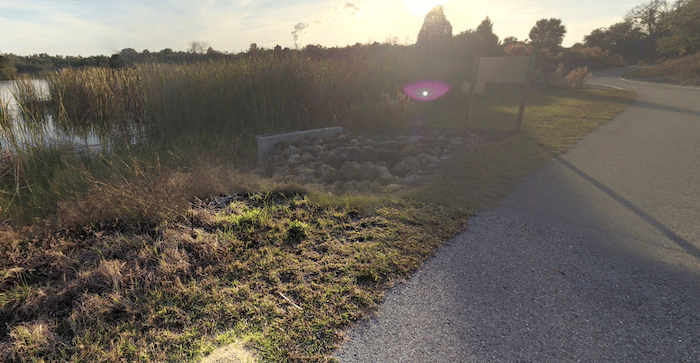 This is a pleasant loop around Inglis Island, part of the Cross Florida Greenway trail. Located 15 miles north of Crystal River.  Inglis Island sits in the center of three bodies of water — the Withlacoochee River, the never completed Cross Florida Barge Canal and Lake Rousseau, with a dam at the southern end. This route was inspired by Aurélie Vilmer.

The trails are flat and easy, part paved and part dirt. The are views of Lake Rousseau, and also some nice woods and marshlands. Starting at the southern end at Lake Rousseau Dam & Recreational Area, a loop of the island is ~6 miles. There are additional interior trails for those wanting a longer run.