No Thanks
Coeur d'Alene, ID

Trail of the Coeur d’Alenes 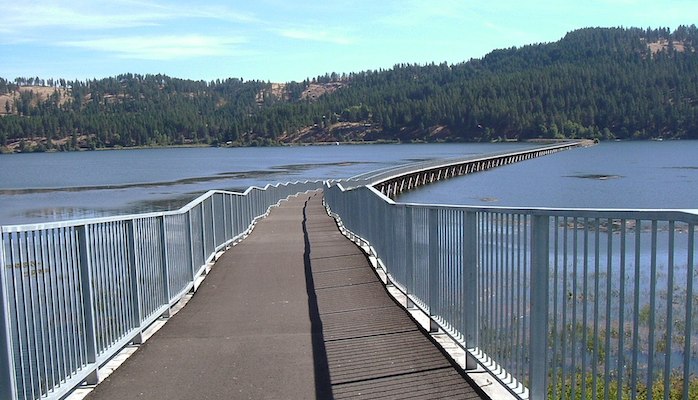 The Trail of the Coeur d’Alenes follows 73 miles of the former Union Pacific Railroad corridor. This paved multi-use path runs just south of Lake Coeur d’Alene, about 26 miles from the city center. It begins in Plummer, Idaho and continues as far west as Mullan, Idaho. The most scenic sections of the trail are those along Lake Coeur d’Alene or the Coeur d’Alene River. Particularly spectacular is the Chatcolet Bridge, which runs for 1 mile across the lake from Chatcolet. Other popular access points and points of interest near Coeur d’Alene include Heyburn State Park (the oldest park in the Pacific northwest) and Old Mission State Park (site of the oldest colonial building in Idaho).

The cornerstone of running in Coeur d’Alene. This paved multi-use path wraps around the lakeside for great... more...

A great easy trail running option close to the center of the city. This ~2 mile loop... more...