No Thanks
Cornwall, England 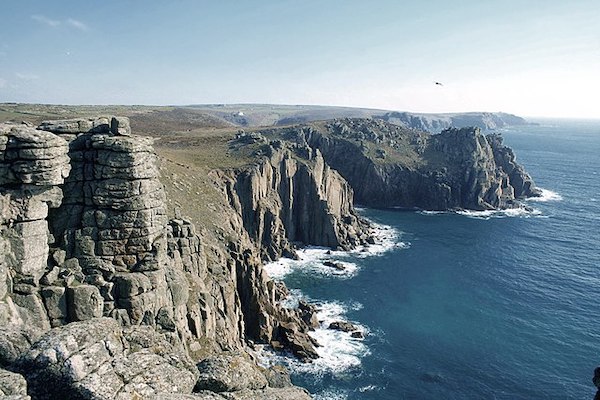 The headland of Land’s End, the most westerly point of mainland England, is the most visited outdoor spot in Cornwall. Running in Land’s end offers some of the easier headland terrain in Cornwall on generally smooth, gravelly paths with huge cliff and seascape views. We’ve put together a ~4 mile loop combining some of the paved paths, small roads, and easier section of S W Coast Path.

Start at the famous sign post, and head south for 0.3 miles on the small paved road to Greeb Farm, taking in the open headland of the area. Retrace your steps and then head north on the paved path to the First & Last House. Continue north on a fairly easy section of Coast Path for 1 mile to Sennen Cove, passing Mayon Cliff, and then dipping down to the Cove on Cove Hill Rd. To complete the loop, follow Cove Hill Rd. and turn RIGHT on Maria’s Ln., which leads to a wide, car-free path on the headland back to Land’s End that’s part of the National Cycleway 3.

Easier Run: Focus on the paved paths around Land’s End and the Cycleway Path (above). There’s also a sidewalk along the A30 for a stretch.

ParkRun: Land’s End is site of a weekly parkrun, 9am Saturdays.