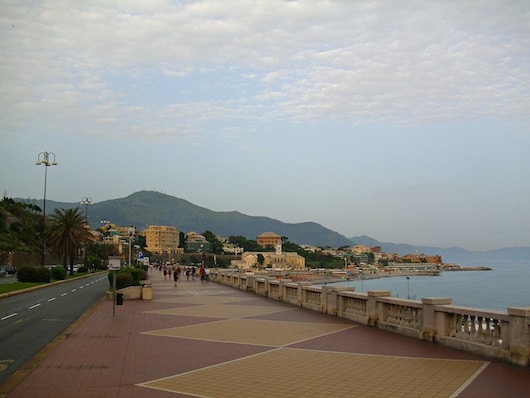 There are several nice waterfront sections for running in Genoa, although they are not contiguous. One very enjoyable route, which sounds more like the name of a bike race than a street, is the waterfront promenade called the Passeggiata Corso Italia. Starting in the Foce neighborhood adjacent to Convention Center (Fiera), the route runs east to Boccadasse  5.2 km out and back. It’s a wide path, very festive, and with lovely views of the Ligurian Sea, older sections of Genoa, and nearby mountains. You’ll pass an amusement park, numerous small beaches, and public baths.

For a longer run, numerous runnable, but hilly streets lead up from the waterfront.