No Thanks
Edinburgh, UK 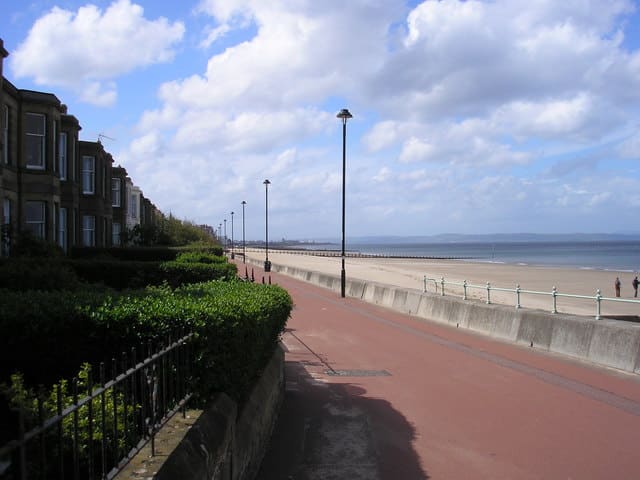 Portobello is a coastal suburb of Edinburgh, about 3 miles from the city center. The area had its peak as a resort in the 19th century, but has come back and improved in recent years.

It’s a worthwhile spot for runners, as the beach is wide and run-able, and there is a beachside promenade that stretches for nearly 2 miles. It’s lit, so can be done in the dark. The beach is fairly flat and features good, packed sand, except for at high tide. Our route is mainly along the promenade or the beach. For some additional mileage, we recommend some in and outs along the side streets between Portobello High St. (the main street) and the beach. One can head south toward Musselburgh, along Seaview Terrace, or for an even longer run, curl back north toward Holyrood Park along the Brunstane Burn Path (4 miles).

Add-Ons: For a longer run, head to Leith and the canalside path (Water of Leith Parkway) that starts there. It’s 1.7 miles from the western end of the Portobello Promenade, using Salamander St., which is a bit gritty but has sidewalks. Alternatively, head east and jump on the Brunstane Burn Path, which heads north from the sea to Duddingston Loch and Holyrood Park.

A "Highlands" experience a mile from Old Town Edinburgh, this run is a circuit of Holyrood Park.... more...