No Thanks
El Paso, TX 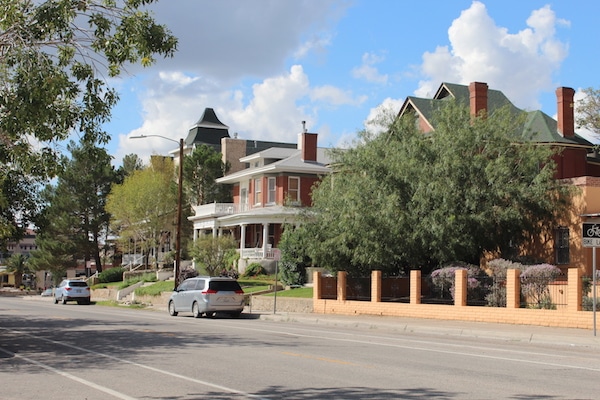 Sunset Heights is a historic area of El Paso, and one of the better bets for running near downtown. Some of the most impressive homes in El Paso are located in the neighborhood. Roughly bounded by Heisig Ave., River Ave., N. El Paso St., and I-10.

It’s possible to put together a 3-4 mile run in this neighborhood, on streets that are about 1 mile north-south and 1 mile east-west. Note it’s hilly, especially headed north. For a longer run, add Tom Lea Upper Park (N. Mesa & E. Schuster), which has some great views, paths around Billy Rogers Arroyo, and the paths campus of The University of Texas at El Paso, including the area around Sun Bowl Stadium.

A road in El Paso popular for great city and mountain views. For runners, it's a scenic... more...

A steady climb along McKelligon Canyon Rd.. with good views of the canyon and surrounding desert. It's... more...