No Thanks
Kenya (Eldoret and Iten) 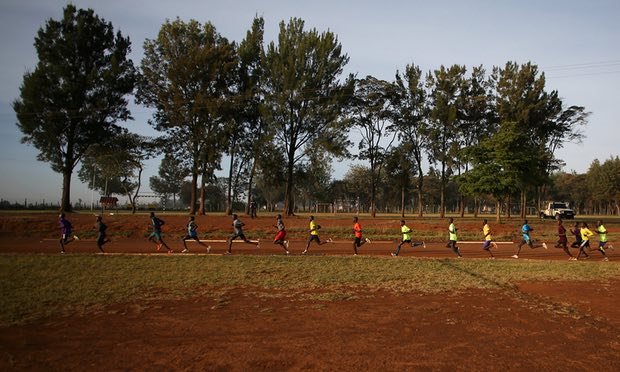 Accessible by flight from Nairobi, and the second biggest city in Kenya; Eldoret is the fifth largest and fastest growing city in the country. The city is a melting pot of some of Kenya’s 42 different tribes, making it a diverse city politically, culturally and even athletically.

At Chepkoilel, the largest university in Eldoret, hundreds of runners will storm the dirt track during the day, kicking up dust. Some of the recent Olympic Champions, World Marathon Major winners and world record holders can be seen amongst the masses during these popular Tuesday morning track sessions. Yet, many of these runners will be seen jogging at a friendly pace along the loop we provided. The traffic on Kitale-Cherangani Road can sometimes be chaotic, yet fortunately there is a dirt road to the side where runners can be seen running all day long. The loop runs around the neighborhood where many of these aspiring runners live, giving the traveling runner a perspective into the lives of the Kenyan runners off the track.

Road of the Tallest and Fastest

One iconic run to do is Kenya is on the infamous “Nangili Road.” The run starts at safari park Maili Tisa, and within the first miles of the run, you’ll see giraffes looming over to your right. The run starts off flat, until you reach the end of the safari park. The incline rises and the road provides a great challenge. In fact, this road is famous for long strides from Kenyan marathoners as one of their favorite weekend-long run routes. Vans of Kenyan runners unload at Maili Tisa before using this road as an indicator of their fitness. For many of the marathon runners, this route is popular for a 40 km run a few weeks before their marathon race. The road may not have a tarmac surface, and even to Kenyans is considered rocky, yet many still run thi route. Coaches drive with their hands on the stopwatch timing their runners, giving them splits ever kilometer. Four weeks before breaking the world record in Berlin, Wilson Kipsang reportedly covered the forty kilometers in 2:03:32. That speed for another two kilometers covers a marathon in under 2:10. Nangilli Road is at an altitude between 6500 and 7000 feet, making the speeds of these runners even more remarkable. The run we provided is only half the distance, yet still has that incredible atmosphere and scenery. The beauty of Nangili is not just in the runners and the giraffes, but also the tea plantations along the road and the villagers who will smile and cheer you on.