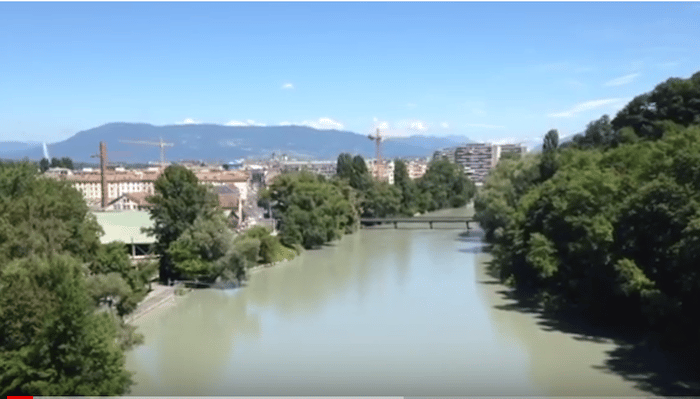 The Arve River branches off the Rhone at an area in Geneva called La Joncion (Junction). A pleasant waterside run is along the Arve, down to the Bout-du-Monde, a “Centre Sportif”. One can run above both sides of the river, on paths that alternate between sidewalk and dedicated walking or cycling path. The view of the river is obscured by trees in spots.