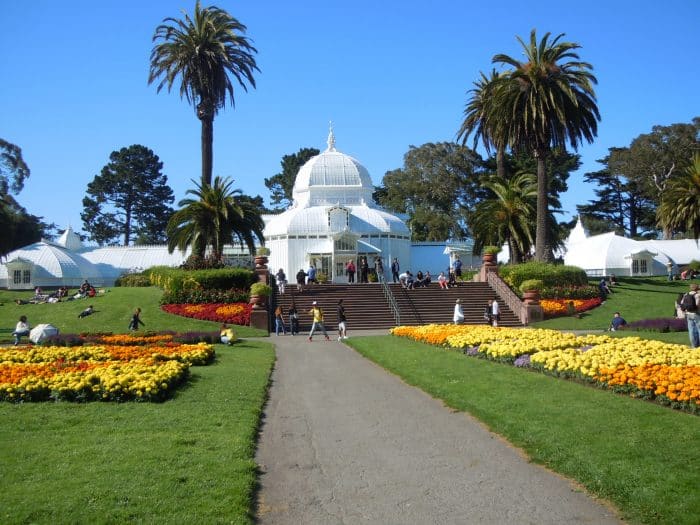 Golden Gate Park is the left coast version of New York’s Central Park. Yes, it’s a beautiful, green park, with wonderful paths, trails, ponds, fields, and other amenities. But the Park is also home to a Botanical Gardens, a Japanese Tea Garden, the De Young Museum of Asian Art, and a “Music Concourse”. There are tons of running options in Golden Gate Park, from the perimeter roads, to some terrific trail running. Kezar Stadium in the park features a good track.

The Park runs from Highway 1 at the ocean to the west, to the Haight-Ashbury area to the east. It is difficult to proscribe a particular running route, but it is ~3.6 milesfrom the intersection of Lincoln Way and Martin Luther King Dr., mainly following MLK Dr., to the intersection with Stanyan St. to the east. It’s then another 0.8 miles along the “Panhandle” trail to Baker St. Heading eastward, you can follow trails near John F. Kennedy Dr., by the De Young Museum and other landmarks. It’s about 1 mile between the eastern end of Golden Gate Park to the Arguello Gate of the Presidio, using Arguello Blvd.

Map with principal landmarks below.