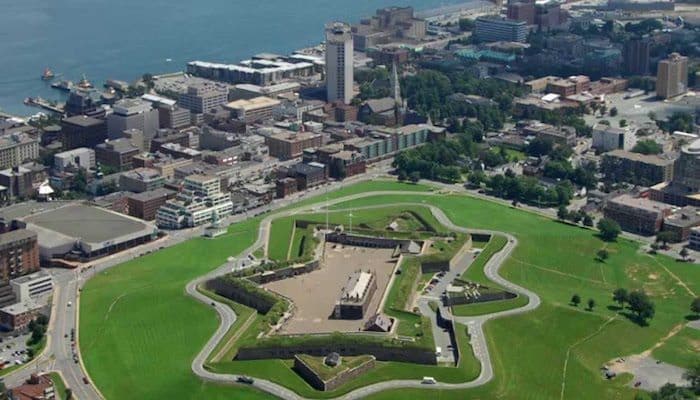 This is sort of a downtown Halifax tour, highlighting some of the lovely parks and landmarks of this compact city. We start at the Halifax City Hall, right downtown. We’ll start easy, doing a tour of a couple of a couple of main commercial streets, passing by the new Halifax Public Library, one of the city’s architectural landmarks. We then jaunt through the paths of small Victoria Park and do the perimeter of the Public Gardens (running inside not permitted). Then we’ll head up University Ave., for a quick tour of Dalhousie University. One can add on with some of the interior paths.

The penultimate part of the run is a tour of the Halifax Common and a climb up to the Citadel. This National Historic Landmark was built as a fort to protect the city. It’s a fun ~1km loop of the perimeter road, then down the hill to conclude the run.

Add-Ons: Along the waterfront. Or some of Halifax’ nicer residential streets, such as Young St., and South Park St.