No Thanks
Hamburg, Germany 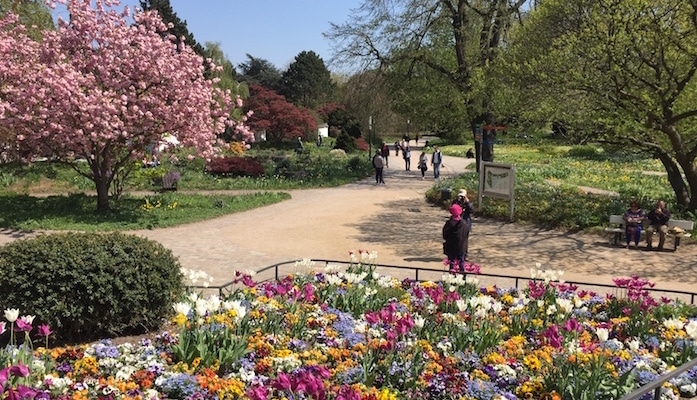 While green spaces are abundant in Hamburg, park running doesn’t get any better than Planten un Blomen, an enormous and elegantly designed botanical garden in the city center. The park lies next to the renovated moats of Wallanlage park, allowing runners roughly four miles of running paths away from the bustle of downtown roads. Start out at the main park entrance near Stefansplatz U-Bahn station. Follow the path around to the west, past the Radisson, to the TV Tower, playground, and glass roofed walkway. The path eventually reaches back to the Wallgraben lake, which borders the old city moat system. A loop around the perimeter is about 2 miles. For an extra 2 miles, do a loop on the paths around the paths of St. Pauli to the Ice Rink and History Museum. For more information on this route, visit joggingroutes.org.

This 4.6 mile route circles the park-lined perimeter of Aussenalster lake, and is probably the most popular... more...