No Thanks
Istanbul, Turkey

Waterside Run – Along the Golden Horn 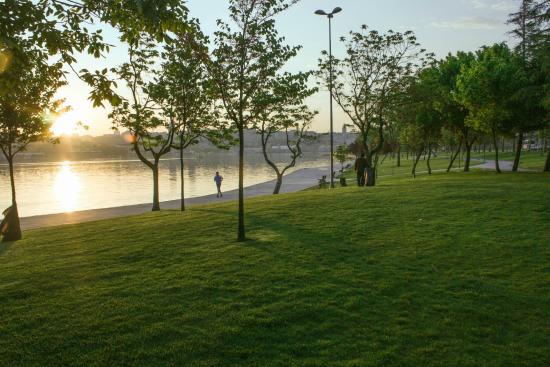 This is a waterside run along the Golden Horn, with many options for distance. It is possible to run 8.5km (5.3 miles) from the Galat Bridge all the way to the Bilgi University Campus. There are good, smooth paths along the water for a majority of the run, though there are a couple of less pleasant sections and busy road crossings.

A couple of ways to divide this up. For a shorter run, focus on the the Fener neighborhood of the Fatih District of Istanbul, offering nearly 4km of seamless waterside along the Golden Horn. The route follows the water from Ito Park, just south of the Ataturk Bridge, heading nearly 4km north to the O1 Highway, near Haliç Park, through several parks. A there and back would be 7.3km (4.8 miles).  Landmarks along the way include the Ecumenical Patriarchate, Rezan Has Museum, and several churches. The streets west of the path in the Balat area are full of historic wooden Greek Orthodox homes, hidden churches, and synagogues dating from the Byzantine and Ottoman eras.

For a longer run, continue for another 4.5km from the 01 Highway (Atatürk Bulvarı) to the university, passing through Eyüp. the Pierre Loti Coffee House, the İstanbul Büyükşehir Belediyesi Park, and Dolphinarium. It is fairly seamless along the water most of the way. A bus follows Silahtarağa Cd., so you could run one way and take the bus back.