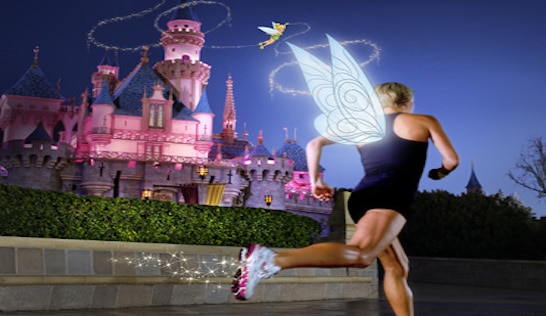 Nearly 80 million people visit one of the Orlando area’s theme parks every year. Orlando is also a very popular convention center site, attracting tens of millions more (the Convention Center is near Universal). So we’ve put together this guide to running in the Disney/Universal Studios area, as well as the convention center area. We also have a separate guide to Orlando. As a geographic layout, the Convention Center is 9 miles southwest of downtown Orlando and the Disney area is about 9 miles southwest of there.

If walking the parks isn’t enough and you have an opportunity to sneak out, there are some decent running options in the Disney area. It does take a little research and planning, as some of the hotels inside and outside the Disney resort are on very busy roads and/or don’t have sidewalks. Working with New Balance, Disney has created and identified more than 16 miles of running/walking trails winding throughout Walt Disney World Resort. Allears.net is a great info resource for Disney in general and has a section on running. We’ve put together some suggestions, including the planned community of Celebration, about 7 miles from Disney and near the ESPN Wide World of Sports attraction.

The Convention Center and the Universal Orlando resort are a few miles apart, and there are tons of hotels in the area. There is some decent running along International Drive.


For additional running options in Orlando, here is our full Orlando profile

Some of our favorite runs in Disney/Universal Studios Area 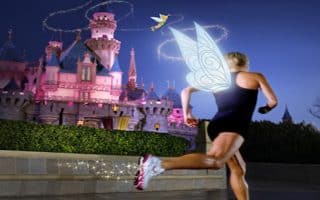 Historic / Tourist
A comprehensive guide to the best areas for running in the Disney area. Both inside the park and outside. There are some good options but it takes some planning.
Explore 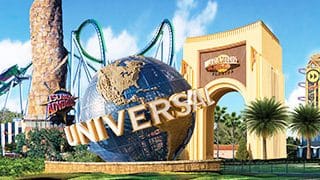 Don’t despair if you get stuck at one of the Convention Center hotels. There is nice, paved path along International Drive. We’ve created a 4.7 mile north-south route. Note: a couple of sections lack sidewalks.
Explore 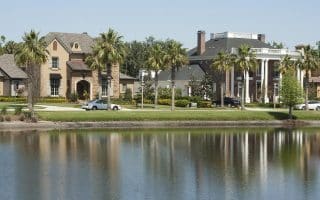 Fantastic Neighborhoods
Named by Forbes as one one of the “most beautiful towns in America”. A worth-it place destination run, 15-minute drive from Disney. Our map has several options.
Explore

The weather in Orlando can be both appealing and unappealing for runners. November through April is generally delightful for running — mild to warm, with the occasional hot snap or cool snap, and drier than summer. May through September is very hot and humid, with little relief, and there can be periods of heavy rain. Plan hydration carefully. And be wary of thunderstorms — an almost daily occurrence in the warmer months. Orlando is a major leisure and business travel (conventions) destination, and there is no shortage of hotels. A quick hotel guide for access to decent running, by area:

Fit2Run in Disney Springs is the only dedicated running store in the resort/conv. ctr. area. Group Runs: Tuesdays, Thursdays 7pm in Celebration. Meet at Imperial Food and Wine.

There are several athletic/shoe factory outlet stores in the mall just to the west of Universal Studios.

Orlando Suburbs. See map for some of the other run stores north of Orlando.

Orlando Runner’s Club has group runs at 7:00am on a Sunday morning.

Run Disney Events. Many of the major running events in Orlando are the RunDisney events. About 5–10 events per year. More info

Disney Princess Half Marathon. February. Girls/Women only, various other lengths.

Orlando Runner’s Club at 7:00am on a Sunday morning — do it!