See also our guide to running in Riyadh 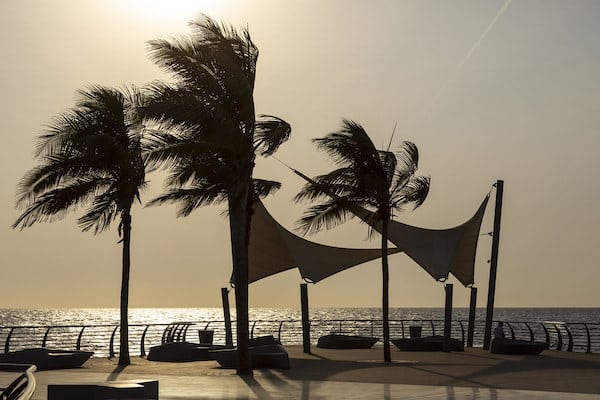 Jeddah is the second largest city in Saudi Arabia and the Middle East’s second-largest seaport. It’s a popular visitor destination, owing to its location on the Red Sea and its role as principal gateway to Mecca, the holiest city in Islam, 65 km to the east. The best running in Jeddah is the area of the city’s 30 km Corniche area. There are also some designated ‘walkways’ that are popular with runners.

The signature run in Jeddah is along the Jeddah Corniche, an attractive, 11 km seafront promenade along the Red Sea. There’s also the shorter Middle Corniche Park in the area of the Conference Palace. The other decent places to run in Jeddah are a series of designated ‘walkways’ in different part of the city: the Prince Faisal Bin Fahad Walkway (can be combined with the Corniche route), Al Rehab/Al Wahah Walkway (with its nearby running track), and the Tahlia/Serafi Walkway. Those looking for a running adventure should head to the desert — best to go with a guide outfit.

Important Notes:  Given the extreme heat in Jeddah, it’s wise to hydrate, wear sun protection, and run early or late to avoid the extreme temperatures. Also, air pollution can be bad. Visitors should also respect cultural norms in regards to modest attire — men should wear tops (not vests) and shorts that go down to the knees. This Runner’s World article is a helpful guide for women running in Saudi Arabia, though the regulations continue to change. Also, having your ID with you at all times is a must in Saudi Arabia. Finally, Jeddah is a car-centric city, with notorious traffic. There is currently no public transportation system in Jeddah, though a metro system is planned.

Some of our favorite runs in Jeddah, Saudi Arabia 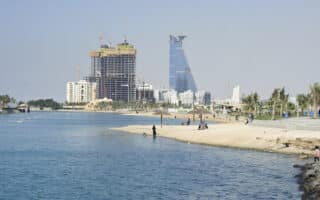 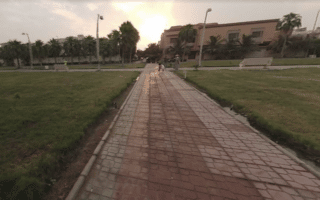 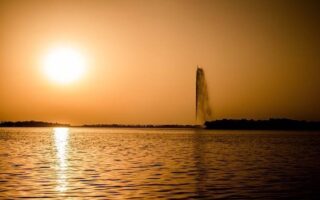 Along the Water | Great Views | Historic / Tourist
Another nice opportunity to run along the water in Jeddah, with great views of the water and the world's highest fountain! The path is ~4 km, and is popular for those in the area of the Conference Palace, Ritz Carlton, & more.
Explore 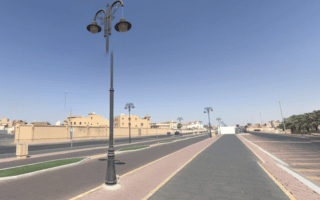 A dedicated walkway/jogging track in the Al Rehab area. The walkway runs for 2.5 km from the Al Madinah Supermarket north to the Jarir Mall. The jogging track is a spongy surface. Can combine with running track at Prince Faisal Stadium.
Explore 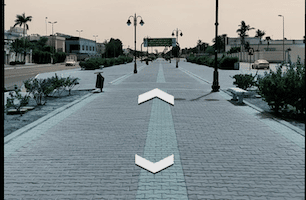 Two adjoining walkways in the central part of Jeddah. Amidst the busyness of Ar Rawdah, these pedestrian paths run for 4 km along Al Nahdaa and Al Sayyeddah Khadija St. Not especially scenic, but a decent off-road running option in a busy area.
Explore

Runners need to take Jeddah’s heat into account. Daytime temperatures range from the 29C (mid-80sF) in January to around 38-40C (100-103F) from May-October. Rainfall is rare. averaging only 60mm (2.4 inches) annually. Also, the air can be humid and nights don’t cool off in the same way as other desert climes. Please hydrate and run early or late!

Jeddah is a major business and visitor destination, so there’s a wide selection of good hotels. If possible runners should try to stay at one of the numerous hotels near the Corniche if they want to step out their door and go for a run. Also, there’s decent running near the Conference Palace hotels.

There are no designated running stores, but there are outlets of major brands such Nike, Asics, and New Balance. See the overview map for locations.

The Jeddah Running Community is a quite active running group in Jeddah. They host group runs:

Monday 07:00PM
Wednesday 07:00PM
Saturday 06:15 AM
Hejaz Ultra is a a Jeddah-based running group, focusinf on endurance, trail running, and long-distance: Marathon and above. They also Trek, Hike, and Cycle. They have numerous group events throughout the week.
Also, check out YALLARUN, an organization with a major goal of spreading awareness about running in the Middle East.

See this running calendar for running events in Saudi Arabia.

The Jeddah Marathon is typically held in January.