A guide to running in Siena and Nearby Areas in Tuscany 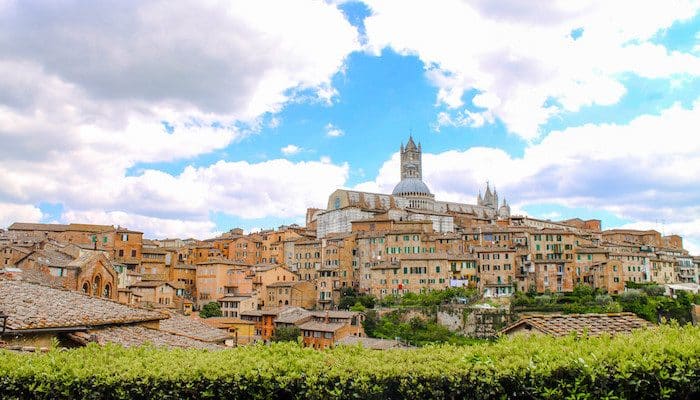 Siena is a breathtaking UNESCO World Heritage Site  known for its cuisine, medieval cityscape, and twice-annual Palio horse races. The narrow brick streets of Siena are ideal for running and sightseeing — around each corner, wonderful views and architectural gems await. Siena is nestled at the intersection of three hills, so running in Siena can be hilly. Note: If you’d like to have a guided running experience in Siena, we highly recommend our affiliate partner Go! Running Tours.

Although Florence is often considered the center of Tuscany, Siena is one of the region’s most visited destinations. We’ve put together a ‘runseeing’ tour of Siena, plus routes in more than 20 other locations in Tuscany. Other routes nearby include the ‘lunar landscape’ roads of the Crete Sensi, the route of the Chianti marathon, Strade Bianche in San Gimignano, and numerous options for the Path of the Reclaimed Land.

Some of our favorite runs in Siena, Italy