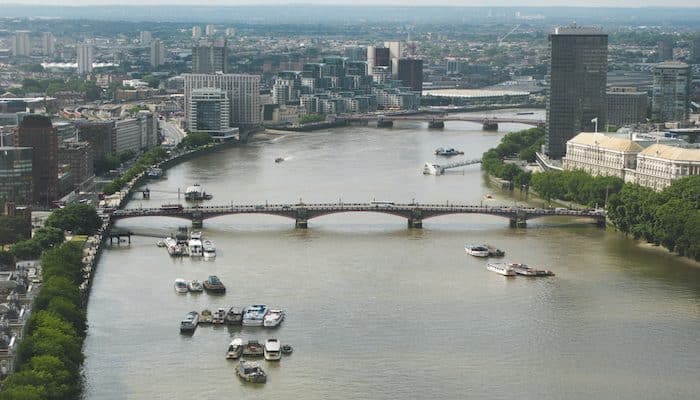 Running along the Thames River embankment is one of the running/tourist treats of London. It’s a great way to see some of the sights, while also getting some exercise in. What’s also nice is that the main bridges of central London are fairly close together, so it’s easy to do loops of various lengths. Rather than proscribing a certain route, we have put together this table and accompanying map with the segment distance between the bridges. The total distance between Tower Bridge and Vauxhall Bridge is ~4 miles. On either side, there are brief road connector sections. Sites include, from east to west, Tower Bridge, City Hall, London Bridge, The Tate Modern, Millennium Bridge, The National Theater, the London Eye, and Big Ben. The best connection from the Thames to the Royal Parks is at Westminster Bridge (Big Ben), which is a few blocks from St. James Park, and 0.7 miles from Buckingham Palace.