No Thanks
Long Island, NY 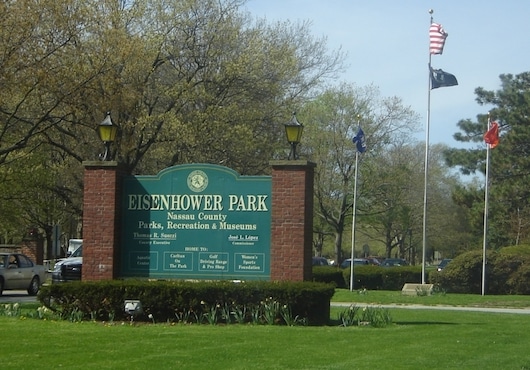 There is some pleasant running in the affluent Westbury and Roslyn areas, located in Nassau County and well-served by train.

Eisenhower Park is one of the largest parks on Long Island, and is a major fitness and recreational facility. The 930-acre park boasts 16 tennis courts, several pools, two golf courses, and many recreational fields. The park is also a treat for running. The signature loop is the 2-mile jogging course, but one could put together another couple of non-overlapping miles on the park’s other paths and fields. The park is located near the Westbury train station. 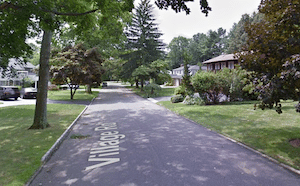 Residential Areas. The residential streets of Westbury, just north of the park and near the train station, are pleasant for running. Some streets are prettier than others, but most of the leafy side streets have good sidewalks and attractive homes. For some bucolic countryside running, Old Westbury is one of the posher spots on Long Island. Take a run around the leafy campus of SUNY College at Old Westbury. The area’s winding, canopied residential streets have some attractive homes. Note that many of the streets lack a sidewalk/shoulder, so you’ll want to stay off the main streets.

West of Glen Cove Rd., there’s lovely neighborhood running in East Hills, and around the Roslyn Historic District. These are classic older residential streets with a nice canopy and homes set back on nicely sidewalked roads. There’s a bit of a New England feel. Just west of Roslyn Rd., we love running in Roslyn Heights and the country-esque Roslyn Estates.