No Thanks
Los Angeles, CA 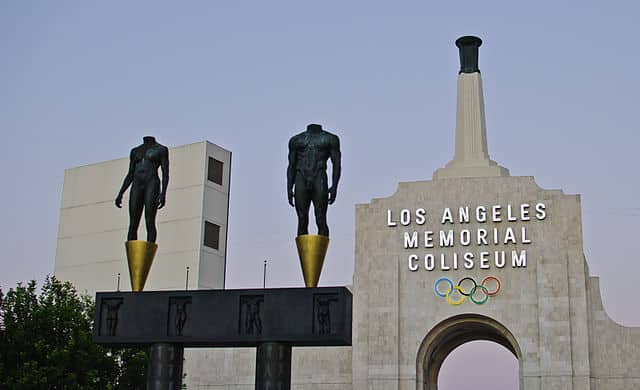 For those who want to get inspired by some Olympics sites, it’s possible to out together a decent run in the area around Los Angeles Memorial Coliseum and the adjacent University of Southern California (USC) campus. The area is in southern L.A., just south of I-10 and west of I-110. Explore the park-like grounds around the The Coliseum, which served as Olympic Stadium for the Summer Games in 1932 and 1984. There’s also the Los Angles Swimming Facility, Museum of Natural History, California Science Center, and a Rose Garden. Just north of there are pleasant pedestrian paths around the USC Campus, as well as some nice residential streets just to the west and in the St. James Park area just to the north.

The Coliseum and other USC facilities will be used again in 2028, when Los Angeles becomes the only city to host a third Olympic Games.

The 1.6 mile path along Pallisades Park, above the beach, is a real treat: a beautiful, palm-lined... more...