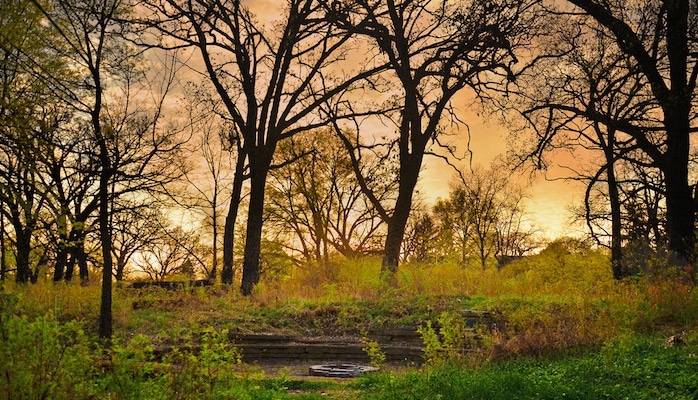 ‘Running the Arb’ is the most popular spot to run in Madison. There are miles of trails through this impressive 1,000+ acre collection of trees, but many people also run along the wide gravel paths circling the arboretum and the streets running through its adjacent neighborhoods.

Circuit Route: One of the most popular routes is a simple circuit on those paths around the Arboretum grounds, totaling about 6.2 miles or 10 km, including a section in Wingra Park.  Start out at the Visitors Center on McCaffrey Drive, and take Arboretum Drive northeast for about 2 miles. When you reach the eastern end of the park near the hospital, take a left onto the Villas Park Drive. This will loop you back west, past the zoo, to Edgewood Drive. Edgewood turns into Woodrow Street, which meets up with Monroe Street just past Edgewood College. Take a left onto Monroe, which borders Wingra Park. When you get to Nakoma, take Manitou Way left until it reaches the Seminole Highway. Take a left and follow Seminole for just a moment until you arrive back at the arboretum and McCaffrey, where you began.

Add-Ons: Tack on more mileage, or a great cool down walk, by heading into the singletrack of the south Arboretum just south of Route 18 — the savannah here is one of the most beautiful sections of the Arboretum. For some hill work, take a detour off of Vilas Park Drive, and run up the Edgewood Avenue hill, just on the edge of Edgewood College. This hill has been featured on the Madison Marathon course.

This large lake to the south of Madison is one of the top local destinations for a... more...