No Thanks
Marrakech, Morocco 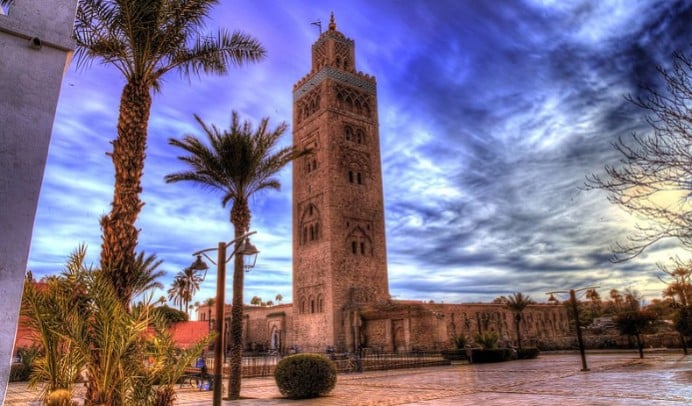 Marrakech is a rather congested city, so in general we recommend sticking to the designated running routes in our guide. However, for those who want to see the major sights of Marrakech on a quick runseeing tour, we’ve mapped a 9.5 km route. It’s best to do this route early in the morning to avoid the crowds.

Start from New Gate and head west to Place de l’Hivernage, then continue along Avenue Prince Moulay Rashid to Boulevard Mohamed VI. Turn RIGHT, and follow Mohamed VI to Avenue Moulay El Hassan. Loop around Parc El Harti and the Church of the Holy Martyrs, then head southeast through Cyber Park. Continue to Arset El Bilk and see the Mhamid Marrakech and Jama El f’na Market. Use Rue Riad Zitoun el Kdim to travel south to Place des Ferblantiers, then detour to the Bahia Palace before returning west to El Badii Palace. Follow the path west past Saadien’s Tombs, and exit the walls at Bab Agnaou. Turn RIGHT to carry on north past the Mausoleum of Youssef Ben Tachfine to Parc Lalla Hasna. Here, you can get a good view of the Koutoubia Mosque before returning to New Gate.