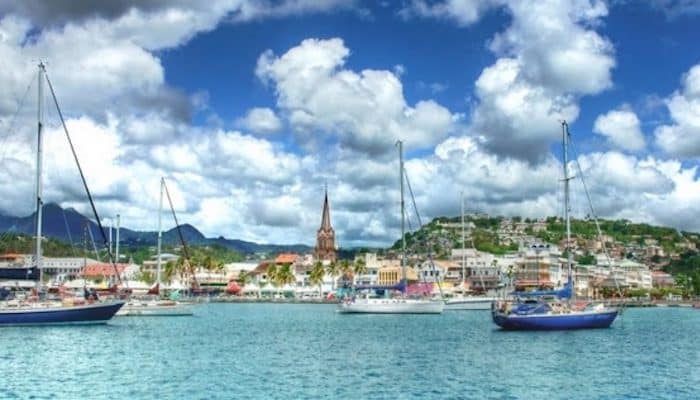 Fort de France Waterfront and Canal Run. Here, we combine two shorter runs This festive boardwalk in downtown Fort de France makes up for its short length with great paths and stunning beauty. The waterfront way runs east from the Cruise ship terminal for 0.8 km into La Francaise park, giving up great views of boat traffic and terrific people watching. Then connect to Canal Levassor on the west end. ZReminiscent of the great European canals and their scenic towpaths, a wide sidewalk stretches part of the way upstream, making this a nice access point for run along the water. Start on Boulevard Allegre, near the cruise ship terminal/visitors center, and head north to the second bridge. Return along the same side or cross over to Boulevard Amiral de Gueydon. It’s 1.8 km out and back. The total combined is 3.7 km (2.3 miles)  BOARDWALK MAP. CANAL MAP.

Airport and Parcours Sante du Morne Cabri: Tucked behind an industrial zone just north of the Martinique Airport, the Sante du Morne Cabri park is easy to miss. However, with easy to follow stone and packed dirt trails shaded by a coastal jungle, you’ll want to take the extra effort to find this gem. Short, but pretty!  MAP.

Another strangely popular run in this area is the little road bordering the airport to the north. It may seem weird, but this quiet, lightly trafficked road is an indulgent run with great views of distant hills and planes taking off. Turn back when you reach the dead-end Air Force station on the coast, for a 7.2 km (4.4 mile) out and back. MAP.