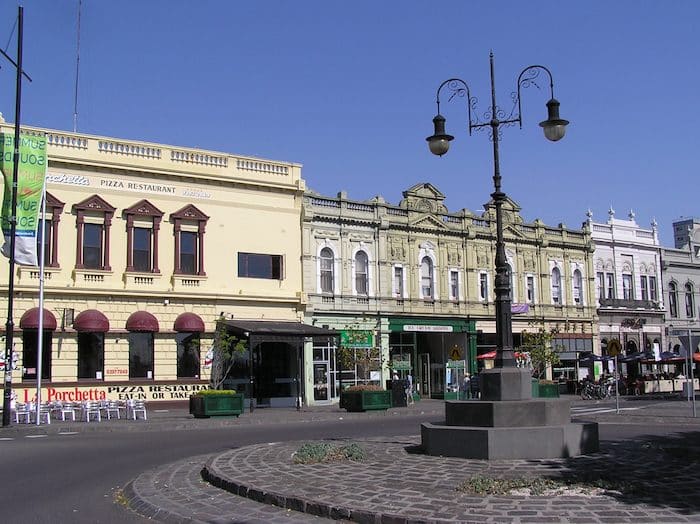 While Carlton and Fitzroy often take the credit for being the “hippest” neighborhoods in Melbourne, their sister suburb to the west, Williamstown, is an equally fun choice for a day of running, shopping, and eating. Williamstown is a fast trip by ferry from downtown Melbourne, and it’s known for a fantastic foodie scene, a beautiful waterfront pier, well-preserved Victorian architecture, and some of the best skyline views of Melbourne in existence. We recommend making a day of it — you can hop on the ferry in the morning (a scenic treat in itself) and take a long leisurely run around the neighborhood strips of Ferguson Street and Nelson Place while you decide what to eat later in the day. Then, enjoy the city and ocean views with a tour of the waterfront. Finish off with a stroll out to the appropriately named “Gem Pier” and you can either return via the ferry or the conveniently placed railroad station.
We’ve designed two routes in Williamstown:
Tour de Williamstown: 8.8 km (5.5 mile) route starts in North Williamstown, near the Railway Museum, along the Ferguson St./Nelson Pl. commercial drag. The highlight is the section along the water, through Esplanade Public Park, with great views of Port Phillip Bay. The route curls back up to the start near the entrance to the Jawbone Nature Reserve. For a shorter run, take one of the side roads back up to Williamstown center, such as Victoria St. or Bayview St.
Bay Trail W. This route continues along the Bay Trail from the Jawbone Nature Reserve. It’s possible to run for 7.2 km (4.5 miles) one-way to Altona Pier along this dedicated waterfront trail. Very pleasant! Some distances, from Jawbone Nature Reserve:

A nice detour option is the path around Cherry Lake.

If Melbourne does one thing right, it’s waterfront paths. The crown jewel of these is the Capital... more...