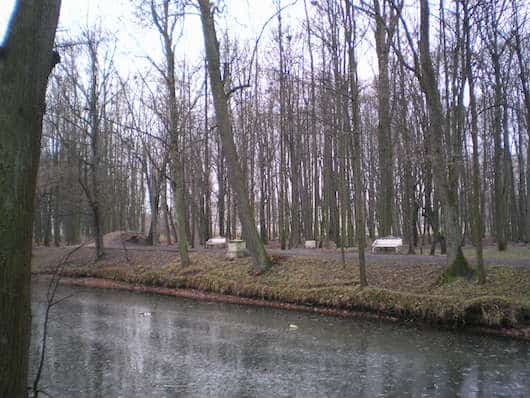 Located in the western part of Moscow, Filevskiy Park is a popular spot with Muscovites and a great place to go for a run. The former estate of Naryshkin Princes, the park is neighbored with Suvorov Park, named after the great general.

The park has paths along the Moscow River, running for about 3 km, as well as several km of interior, more wooded paths. One can do a moderate run of ~5-6 km, one way along the river and them take the interior paths of Suvorov Park. Add another 3-4 around the paths around Filevskiy Park, which features few small bodies of water. The paths are a combination paved and gravel, generally quite pleasant for walking and running.