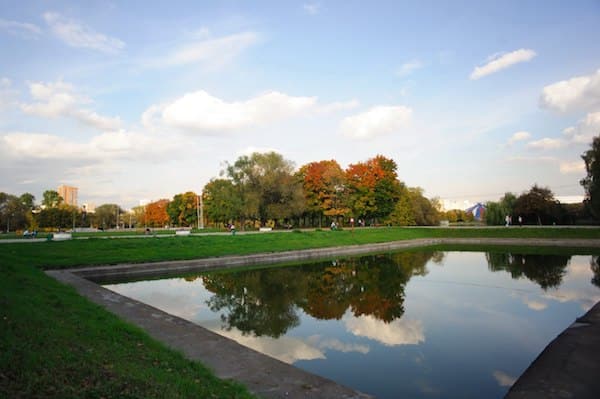 Directly across the Moscow Canal from Severnoye Tushino Park, Riverport Park and Druzhby Park offer good opportunities for running in the Levoberezhny District. The main entrance to the canal-side Riverport Park is marked with a statue of a woman holding a model of a boat above her head. The building of the river port is a great example of the Stalinist architectural style, whose entrance is decorated with mosaics depicting scenes of Moscow. Adjoining Park Druzhby (Friendship Park) has grander paths and alleys, around a couple of ponds. There are several sculptures and statues, including the Friendship Monument and an Afghan War memorial.

Between the two parks, it’s possible to put together about 6 km of running. A loop of Riverport Park, including a jaunt out to the Money Museum at the northern end, is 3 km. A loop around the ponds and paths of Druzhby Park is another 3 km or so.