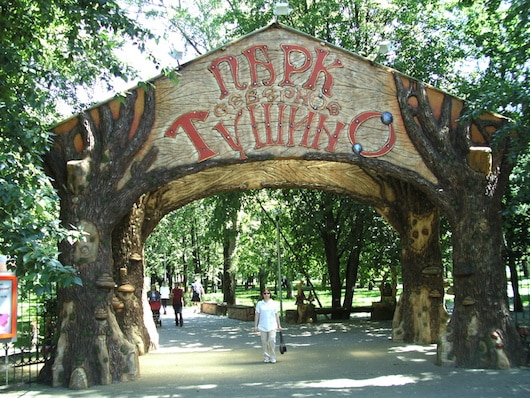 Severnoye Tushino Park is a popular park in the northern part of Moscow, in the district of the same name. It’s another popular spot with runners, featuring several kilometers of paths along the canal and lovely interior paths, which are a combination of open and wooded. The Maritime Museum is located at the southern end of the park, near the metro. It’s 17 km north of central Moscow, but accessible via metro.

A full loop of the park is a little over 6 km, using the canal-side paths one way and then the interior paths on the way back. It’s easy to add on with other interior paths in the park, mainly north-south, as the park is fairly narrow. For a longer run,  add the park/greenway that goes from the Maritime Museum to the Skhodnenskaya metro (0.8 km) and then another 0.8 west of the there, for another 3 km out and back.

Group Run: A mom-oriented running group meets in this park for