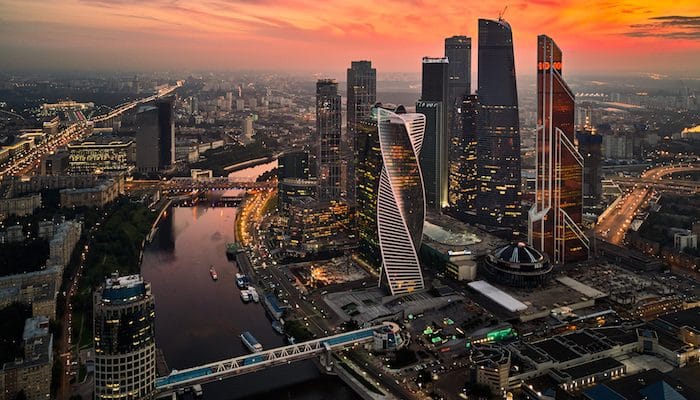 There’s some pretty nice running in the Presnensky District, just west of Moscow center, and location of a lot of hotels and office buildings. There are paths on both sides of the Moscow river. This route is particularly notable for its views from the Bagration Bridge, looking back on the Imperial Tower and the surrounding glass and chrome structures. The route starts out near the Radisson Hotel (a worthwhile building to see even if you aren’t staying) then crosses over the river and past the Russian Federation Government House to the park-like Moscow Zoo and Planetarium. Come back and follow the north side rive path past the World Trade Center until reaching Bagration Bridge, where you can enjoy the view before crossing over and returning along the river on the other side. On the south side, run along the river path, or along the green space paralleling the wide Kutozovsky Ave.


A nice add-on is the green space running north-south between the McDonald’s and the Radisson, about 1.5 km out and back.