No Thanks
New Hampshire: All Routes 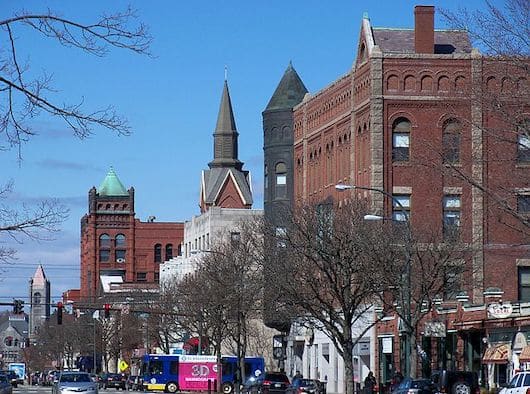 Nashua is a city in southern New Hampshire, just over the Massachusetts border. A center of economic activity itself, it’s also a bedroom community of Boston. Here’s our selection of the best places to run in Nashua.

~2.5 miles north-south. Start: Any one of the several parking areas. ROUTE MAP: Mine Falls & Greely Park; MINE FALLS TRAIL MAP 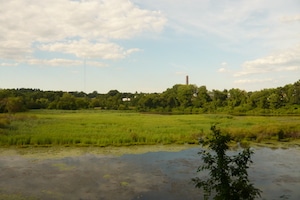 Mine Falls Park is the signature running spot in Nashua. This sprawling park include several color-coded trails through forest, wetlands, and open fields. It’s 2.5 miles from Mine Falls Dam at the southern end to the Nashua River on the northern end. Bonus: A running track at Nashua High School, just east of the Red Trail.

For a longer run, run through the pleasant residential area to Greely Park, 1.5 miles north of Mine Falls. We’ve mapped a route combining the two parks.

Another nice, centrally located run in Nashua combines the pleasant residential neighborhood just north of downtown with Greely Park. Between Manchester St. and the Merrimack River, there are lovely tree-lined streets featuring attractive older homes. Then take a couple of laps around Greely Park, which has ~1 mile of trails through woods and some fields at the northern end. Longer Run: combine with Mine Falls Park (above).

For a long off-road run, enjoy the Nashua River Rail Trail, which goes for 12 miles between Nashua, NH and Ayer, MA. The northern end of this paved multi-use trail is off Gilson Rd. (5 miles south of downtown Nashua). Run for as many miles as you like on this wooded trail, heading south across the Massachusetts border through Dunstable and Groton, ending at Ayer. It’s 6.7 miles to the parking lot at Harry Rich State Forest, 8.5 miles to Groton Center, 10.2 miles to a ‘Scenic Pond View’ at Maple Shade Farm, and 12.3 miles to Ayer (commuter rail station).

The Horse Hill Nature Preserve is one of the best bets for some hilly trail running in the Nashua area. The 563- acre property is mainly wooded, and has two 400′ hills. It’s located in Merrimack, 8 miles northwest of Nashua. The best bet for a longer run is the 4.4-mile Loop Trail. It can be combined with several other trails, as shown in this trail map.