No Thanks
Nashville, TN 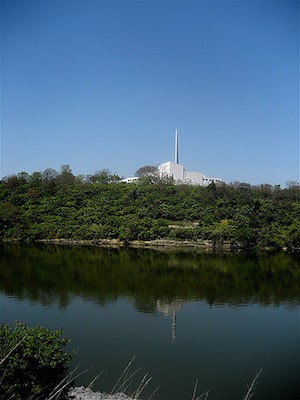 Two overlapping paved, riverfront greenways are in the heart of the downtown Nashville/MetroCenter area. The downtown section of the Cumberland River Greenway runs for 3.5 miles, some parts road and some parts right along the river. The entire Greenway is 6.6 miles one-way, between the Country Music Hall of Fame, north to Rhodes Park. There are trail spurs to Bicentennial Park and Morgan Park. The section north of I-65 is also known as the MetroCenter Levee Greenway.

Add-Ons/Loop Options: Cross over the John Seigenthaler Pedestrian Bridge near the Ascend Amphitheater to the eastern side of the river, and do a loop incorporating the E. Bank Greenway, Cumberland Park, and Nissan Stadium.

More info on greenways from north to east and Nissan stadium or Opry mills area.

A tour of downtown, several 'country music' sights, and paths/greenways, including the Cumberland River Greenway and the... more...

A beautiful, paved trail with impressive views of the Cumberland River. Keep your eye out for Spot... more...