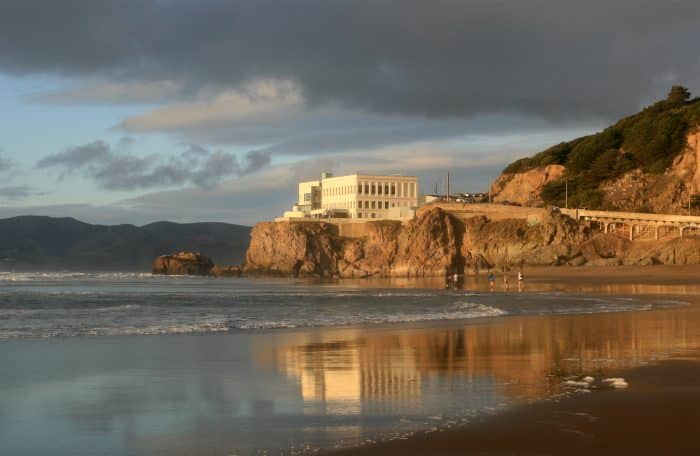 On the west side of the Golden Gate Bridge is the Sunset/Ocean Beach area. It is very different in look, feel, and even climate than the Marina/Golden Gate area. It’s rugged, and and can be chilly and foggy. But there is spectacular running along the water here, with views out to crashing surf. The path options here include — a paved path for most of the way between Hwy. 1 and the beach; on the beach; an interior path on the east side of Hwy. 1; and on the shoulder of Hwy. 1

The section I’ve chosen here is the 3 miles between the Cliff House/Lands End Visitor Center on the north to the San Francisco Zoo to the south. The Cliff House, originally built in 1863, is a Victorian era complex set on a windswept hillside cliff, adjacent to the historic Sutro baths and garden. The Visitor Center has tons of information about the trails in the area. You’ll run south toward the zoo, by the western entrance of Golden Gate Park, with the Pacific ocean to the east and the Sunset neighborhood to the west. The run ends near the entrance to the zoo.