No Thanks
Oklahoma City 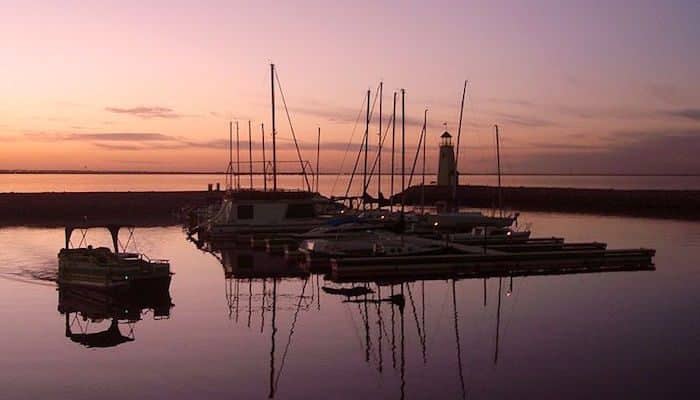 The trails around these reservoirs in northwestern Oklahoma City, about 10 miles from downtown, are some of the most popular running areas in town. There are myriad options for running here. Lake Hefner is home to the Bert Cooper trail system (which includes a loop around the lake), Lake Overholser has its own trail system, and the Hefner-Overholser Trail connects the two lakes.

The Lake Hefner Trail (also referred to as the Bert Cooper Trail) is a paved 9.6 mile loop around the lake, with great water views. There’s a park, fishing, a yacht club, and restaurants. One of OKC’s major recreation destinations.  MAP.

The Hefner-Overholser Trail is a paved 6 mile stretch through secluded wildlife refuges and alongside bustling streets. About 2 miles is an on-street bike trail. It runs from Britton Road at Lake Hefner Drive to NW 39th Street at Overholser Drive.  MAP.

All three paths can be combined for lengths up to 18 miles. MAP.

You’ll need a car to get to these spots.

The Oklahoma River Trail and West River Trail cover more than 17 miles on the banks of... more...

This fun neighborhood adjacent to downtown is not just for nightlife — runners will love exploring the... more...