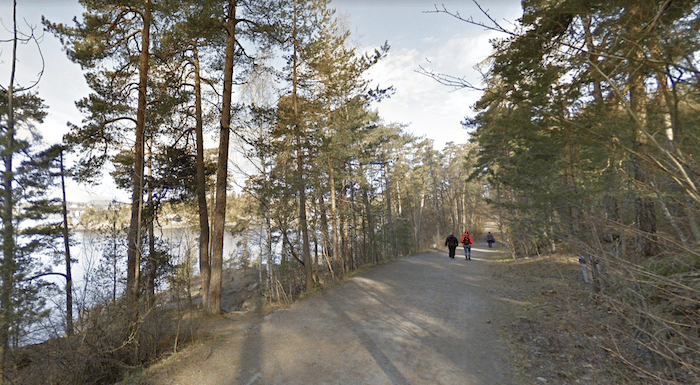 This is a pleasant run on Bygdøy, the ‘Museum Peninsula’ on the Inner Oslofjord known for its museums, leafy trails and beaches. The northern part is predominantly green space and woodland, while the southern half features upscale homes and recreational venues. Bygdøy is home to the Viking Ship Museum and the open-air Norwegian Museum of Cultural History.

The best running is on the western side of Bygdøy. There’s a pleasant 4.3 km loop on wide gravel paths from Bygdøy sjøbad beach south to Huk. The westernmost path headed south features some nice water views, and there are some particularly scenic sections in Huk. The interior part of the loop is more wooded. There are numerous recreational facilities in Huk.

Add-Ons: The southern part of the peninsula has some nice small roads passing upscale homes.