No Thanks
Porto, Portugal 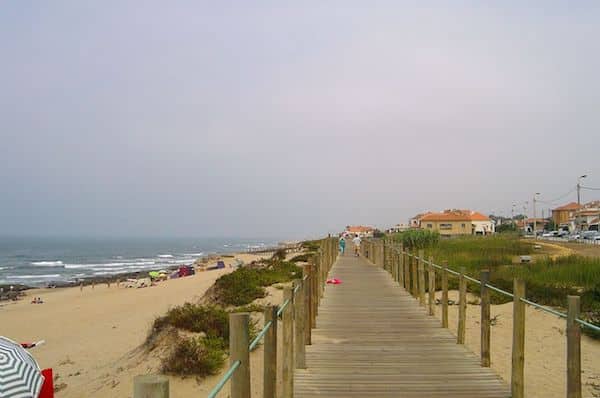 This is a wonderful beachside run of up to 20 km one-way, from the Vila Nova de Gaia on the Gaia side of the river, all the way to Espinho. There are beach and ocean views the whole way, with the run on a mix of dedicated path, roadside bike path, and wooden boardwalk on the sand. It is one long, continuous beach, although the names seem to change every 1-2 km. One of the great features of this run is that there are numerous points you can can hop on the train back to Porto. There are km markers along the route. We’ve included a table with segment distances. There is beach the entire way, of varying widths. It is runnable, in sections, depending on tides & conditions. Praia=Beach

A good spot to start is on the R. de Praia (Beach Rd.) in Afurada. Run along the river road toward to ocean, with great views of the river and Porto to your right. After 1.7 km, reach the beach along a beautiful estuary path. From there, it’s a seamless run south along a succession of beaches: Lavadores, Canidelo, Valadares, Francelos, Senhor da Pedra, Aguda, Granja. At 9 km, you’ll see the train tracks, where you can hop on the train back at a station along the way. At 11.1 km is the Chapel of Senhor da Pedra, an oceanfront chapel built on rocks offering picturesque views of the beach, water & sunsets. At 13.5 km is the aquarium.

Beach Running: The best section of beach for running is north of Castello, between  the river and Matosinhos (it’s rocky south of there, but there’s a good boardwalk).

Among the two options to run along the Douro River to the beach in Porto. The Gaia... more...