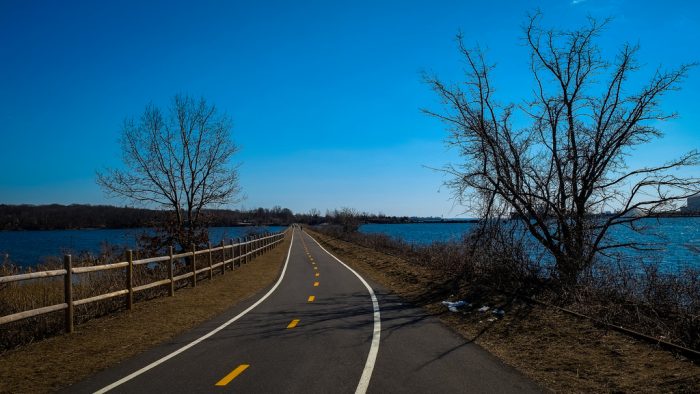 While the name may directly associated with bikers due to it’s popularity with commuting cyclists heading to Providence, don’t let it stop you from taking advantage of the great run. Following the former Providence and Bristol Railroad, the path is fairly flat, despite one large gill as it switches from an alignment alongside Veterans Memorial Parkway in East Providence to the former rail right-of-way.

As you approach Bristol, there will be an intersection on the path marked by bike racks. At this point, the path will lead to the Rhode Island Audubon Society’s Environmental Education Center. The center features a state-of-the art, fully accessible natural history museum and aquarium, as well as all-season guided tours, nature walks and special family programs.

Options for getting back via public transportation include taking Bus 60 PROVIDENCE via EAST MAIN. Board bus at Hope NS Franklin Stop. Get off at South Main FS Wickenden. [/vc_column_text][/vc_column][vc_column width=”1/3″][vc_column_text]