No Thanks
Punta Del Este, Uruguay 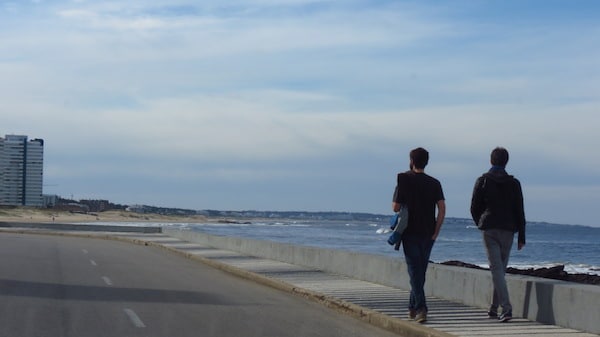 The signature run in Punta del Este is the nearly 7 km coastal loop that heads down to the point at Great Britain Square. The route follows the Rambla, a seaside road that hugs the coast, featuring concrete or wood paths nearly the entire way, with great water views. We’ve mapped it counter-clockwise, starting on the west side at the Mansa Beach Pier. It’s 3.4 km south to Great Britain Square, passing beaches, a marina, yacht club, and restaurants. Then you’ll loop around the end and head back north, passing Playa de los Ingleses and Playa el Emir, before reaching the famous Los Dedos (The Fingers of Punta del Este), an oversized concrete beach sculpture known as The Hand built in 1982 by Chilean artist Mario Irarrázabal. You’ll then have to cross west for 0.5 km to the start. Note: The Rambla can get busy, so good to go early!

For add-ons and variety, enjoy some of the side streets away from the water on the peninsula, which runs ~0.5 km east-west. Catch the Plaza Gral Artigas, lighthouse, Catholic Church, and more.