No Thanks
Reno, NV 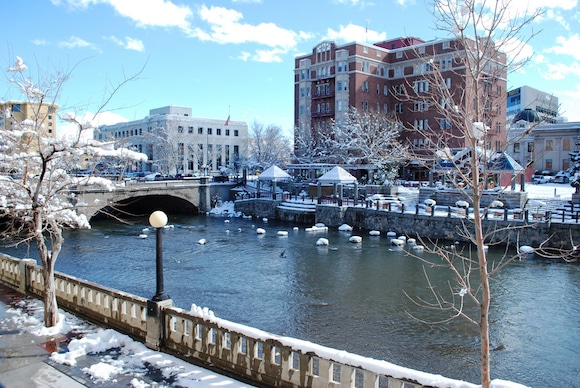 The Truckee River Bike Path is the best opportunity in Reno for a long, continuous, relatively flat off-road run. It is sort of a 12-mile linear park running through a variety of terrain, mainly along the Truckee River. There are river views, several parks, marshes, and a couple of more industrial and roadside sections. The trail runs from just west of Crissie Cau ghlin Park in the west, to Sparks in the east. The trail is also known as the Tahoe-Pyramid Bikeway, and overlaps with the 1-mile River Walk in central Reno.

We’ve included a table with segment distances. The western section runs for 2 miles east, then joining with the downtown River Walk. East of the River Walk, the trail becomes more of a greenbelt, running through several parks. It is mostly paved. Note it’s a gradual downhill heading west to east.

The 2 mile loop around the Sparks Marina Park Lake makes for a pleasant run, with good... more...