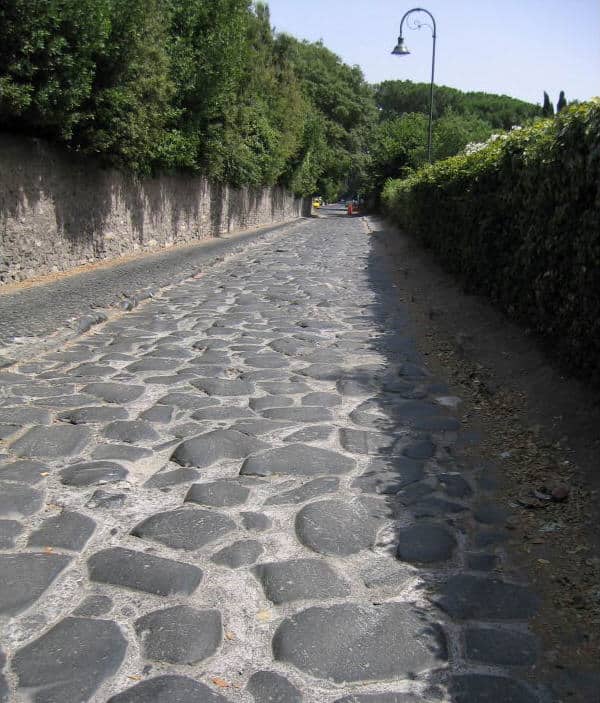 The Appian Way is one of the earliest and most strategic roads of the Roman Republic. Sections of it remain, and it makes for a one-of-a-kind run. Even the marathon in the 1960 Rome Olympics had a section on this road. On a map, it is called “Via Appia Antica”. The surface is the original stone slab, which can be a challenging surface after a time. However, there is a path alongside for much of the way to ease the run. It is possible to run about six miles south to the perimeter road. The road is generally quiet and is closed to cars on Sundays. Our route starts at the Circus Maximus metro station. A nice option is a loop around the Circus Maximus or use the river path. Viale delle Terme di Caracalla is a good option on the return.

A great option is to combine the Appia with the miles of paths in gorgeous Parco Della Caffarella, where you can combine a run with a visit to the Catacombs. The park is more rural and agricultural in nature, with dirt paths though gorgeous green fields. A very different feel than the busy center city or the more manicured Roman parks such as Villa Ada.