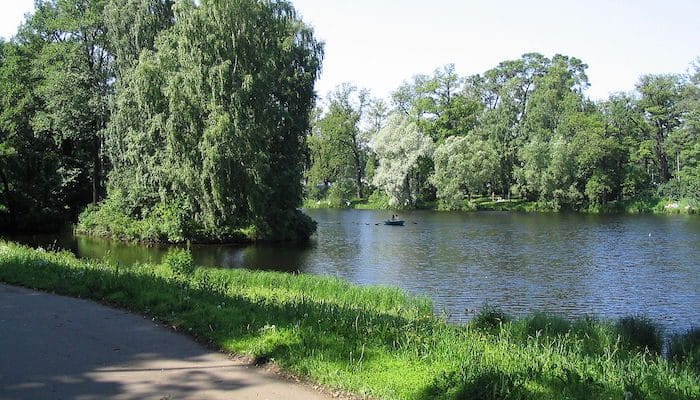 Tucked away on its own island northwest of St. Petersburg, the sprawling green space of Tsentral’nyy Park is surrounded by the mouth of the Neva River on all sides, with a smattering of lakes to add to its waterfront beauty. Visitors love this area for its museums, culture, and long paved waterfront paths. It’s a great spot for a peaceful, traffic-free run. It’s about 5 km around the island’s perimeter paths. Good views of the Datsan Gunzechoyney (Buddhist Temple) on the north side. Can also enjoy some additional interior paths of the island.

Add-Ons: The area around Primorskiy Park on Krestovsky Island just south of Elagin Island is very runnable, with nice paths along the river and interior park paths. There’s an amusement park, and St. Petersburg Stadium on the west side. Pyko Stone Island, just to the west of Elagin, also has nice paths around Park Tikhiy Otdykh