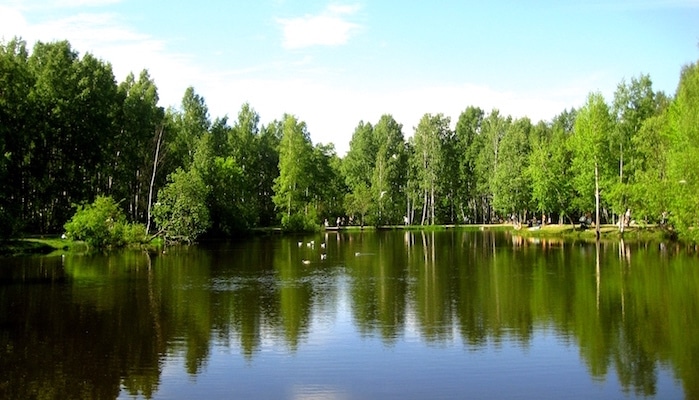 With wide dirt paths through foggy forests and hidden lakes, running in Sosnovka feels a bit like a fairytale. This 302 hectare park north of the city center is one of the best kept public spaces in St. Petersburg, and a popular walking spot. Runners will love it because they can hit high speeds on the relatively flat and springy gravel track. Starting from the main parking area (in front of the St. Petersburg hospital), cross into the park and complete a 7K km perimeter loop by heading north toward the lakes and circling back along the eastern park border. For a longer run, add on with some of the park’s interior paths. If coming via metro, can start in Benout Garden, about 1 km from the Politekhnicheskaya metro stop (Line 1).

Sosnovka also hosts Parkrun, a free group 5k every Saturday. You can see the race course and learn more here.