No Thanks
Salzburg, Austria 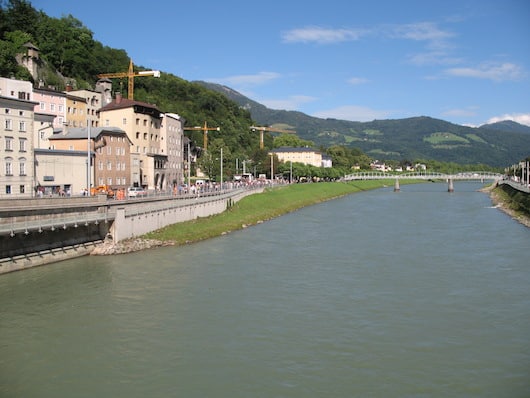 The paths along the Salzach River are among the highlights of running in Salzburg. The combination of paved and unpaved paths run for several kilometers north and south of the city centre. There are river views for much of the route, and from the east side, wonderful views of the city. We’ve put together two routes, as well as a table with segment distances, using Mozart’s Birthplace as a central starting point. The run gets quite pastoral, within a couple of km of the city.

Heading North: There are pleasant paths heading north of the city, staying on the eastern side (Austria). It’s 3.5 km to the A1, and 7 km to Saalachspitz Park. It’s possible to head for many km north of there, on unpaved paths.