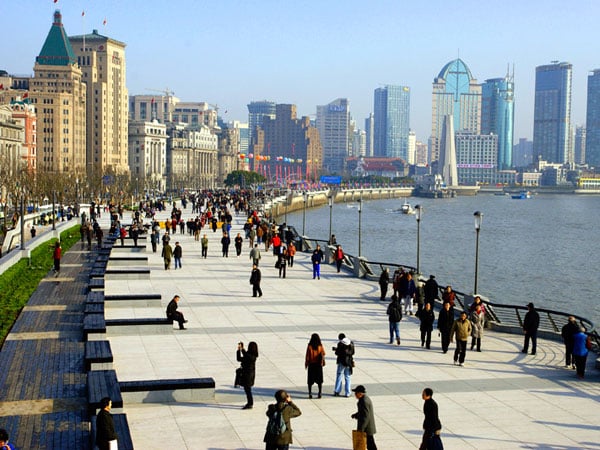 The Bund is one of the most famous tourist areas in Shanghai, and a good spot for off-road running. The area centers on a section of Zhongshan Road  within the former Shanghai International Settlement, which runs along the western bank of the Huangpu River in the eastern part of Huangpu District. The Bund usually refers to the buildings and wharves on this section of the road. The main Bund run (or walk) is the 1.6 km (1 mile) wide pedestrian path along the bank of the Huangpu River, from Yan’an Road (formerly Edward VII Avenue) in the south and ends at Waibaidu Bridge (formerly Garden Bridge) in the north, which crosses Suzhou Creek. It can get crowded, so go early.

Add-On: A terrific add-on is to run along the Suzhou Creek, heading west. There’s a path that begins at the Waibaidu Bridge.
Share:
Essentials